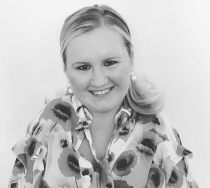 In 2001, at the age of nine, Whitney Weldon was diagnosed with a rare genetic disorder, Fibrodysplasia Ossificans Progressiva. FOP is the only known condition where one organ can transform into another, where muscles, tissues, and ligaments develop into bone. The disease is generally diagnosed in childhood and progressively disables the body, as new bone fuses joints and creates immobility. Whitney was referred to Dr. Frederick Kaplan, a scientist who studies FOP and her life long doctor.

With the help of 24-hour care, Whitney graduated from Georgetown University in the Spring of 2015. She is currently getting her Master’s in Public Relations and Corporate Communications at New York University. In her free time she created an Instagram account document handicap accessible places throughout New York City. You can follow along @concretejungleon4wheels.

FOP or fibrodysplasia ossificans progressiva (fibro-dis-play-sha os-sih-fih-cans pro-gress-ev-a) means "soft connective tissue that progressively turns to bone." The earliest documented cases date back to the 17th and 18th centuries.
Following the discovery of the gene, research efforts towards a treatment and a cure accelerated. The discovery of the FOP gene provides a highly specific target for future drug development that holds promise for altering not just the symptoms of the disease but the disease itself. It also allowed for the creation of animal models that can express the mutant gene, further enabling research and drug development.
Contact & Collaboration
For comments, collaborations or questions contact concretejungleon4wheelsnyc@gmail.com

Raising Funds to Find a Cure

Scooting around NYC finding everything that is wheelchair accessible